Following up on the release of the RangePro X8 drone at Commercial UAV Expo 2019, TerraView is now introducing the RangePro X8P – Pixhawk. Designed and manufactured in the USA, the RangePro X8P is an enterprise-ready UAV for structural integrity surveys, terrain mapping and modeling, construction site planning, solar panel inspections, pipeline inspection, tower inspections, power line inspections, and more. Like the X8, the X8P employs the same airframe and military-grade technologies to fly for more than 70 minutes in real-world conditions with a standard sensor payload, allowing users to accomplish more work with fewer batteries and less time spent on battery swaps and maintenance. 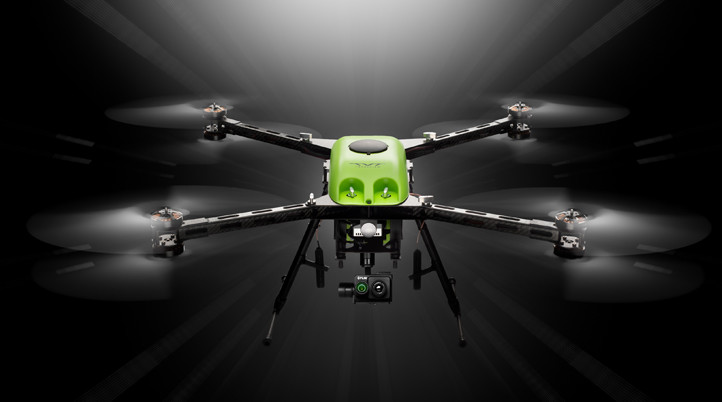 “Think of how significant it is to stay in the air for an hour when there are lives at stake. Changing batteries every 15-20 minutes is not an option,” Michael Kelly, VP of Sales at Terraview, told My Dear Drone. “You lose eyes on a critical situation, put your team at risk, and compromise the mission of helping someone in need. From a cost of operation perspective, staying in the air 2-3x as longer than our competition allows for more consistent data capture, less down-time for RTB’s, and fewer pack-up and relocation efforts. Plus, the ability to ‘loiter’ or reinspect based on the discovery of something that requires further investigation is not compromised. This reduces pilot stress and improves mission results.”

However, unlike the X8 which used the A3 flight control system (FCS), the X8P now uses a U.S.-made Pixhawk FCS, and highly secure radio options. According to Bruce Myers, president of TerraView, the X8P was designed based on the pending American Security Drone Act of 2019, which will ban federal departments and agencies from purchasing any commercial off-the-shelf drone or unmanned aircraft system manufactured or assembled in China or other countries identified for national security concerns. By manufacturing it strictly in the U.S., TerraView makes sure the X8P is future proof for industrial, first responder, and government enterprise data capture.

“We have been working with suppliers in the U.S. and other U.S. partner countries to provide best-in-class technical solutions and components that allow us to manufacture one of the highest-performing commercial drones in the market today,” Myers added. In late 2020, TerraView plans to launch a heavy-lift version of the RangePro that can carry more than 12lbs for more than 70 minutes.